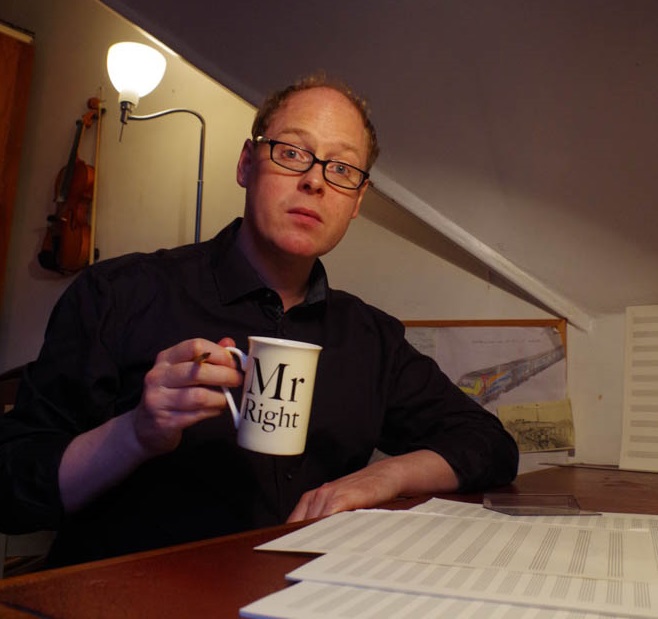 David Braid was born in Wrexham and grew up in Colwyn Bay on the North Wales coast. His earliest introduction to music was through piano lessons with his mother when around eight years old, later taking violin and guitar lessons. He was involved in various musical activities during his early teens ranging from playing in rock bands to fiddle playing in the school band for the Welsh folk dancers, before focusing primarily on classical guitar and starting to compose in his later teens.

David studied at The Royal College of Music from 1990-94, taking joint-first study in Guitar with Charles Ramirez and Composition with Edwin Roxburgh; also attending the composition classes of George Benjamin.

On completion of his studies, David moved to Poland for two years, spending a year at the Cracow Academy of Music studying composition with the late Marek Stachowski and a second year of private study with Zbigneiw Bujarksi.

During his two years in Cracow he wrote a Violin Concerto and a work for chamber orchestra, ‘Cause and Reaction’ (both since withdrawn). David later undertook further composition study, with Robert Saxton at The University of Oxford.

Recently, the string orchestra version of his setting of Pablo Neruda’s poem Mañana, ‘Morning’ was premiered in Moscow. The original version, for soprano and string quartet received its UK premiere at the Wigmore Hall sung by Grace Davidson and features on his new CD with Toccata Classics. ‘Morning’ was also broadcast on Australian radio in summer 2011.

As well as concert music, David has written film scores, most recently for Polish animation: ‘Blask’ (Illumination) and the short film: ‘Compartment’. He also wrote the tutorial book/CD, ‘Play Classical Guitar’ that has entered three editions including a Spanish translation (Backbeat Books, 2000).

Composers that David cites as having the most effect on his work are: “Sibelius – for his incredible formal logic and expansive use of time; Lutosławski – for the multi-functionality of his musical material plus near-perfect formal processes and Per Nørgård – for showing how complex processes (such as his infinity series) can be used to help create genuine beauty”.

Other musical interests and influences of David’s include his love of vinyl recordings, especially older rarities, he says: “I learn so much from performers, Glenn Gould and Julian Bream for example, also earlier ones such as harpsichordist Wanda Landowska and the English pianist Solomon, who incidentally was a friend of my great uncle in the 1950s. Many of these players had such an intelligent and thought-through approach to phrasing and pacing. They perhaps have had as much influence on me as any composer. There are also a highly refreshing bunch of new players around who are able to bring a very focused and informed approach to the repertoire in a wholly new way – this is extremely encouraging”. 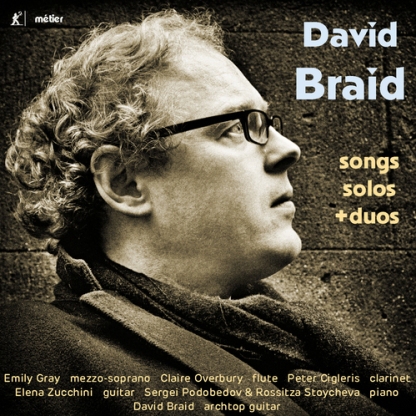 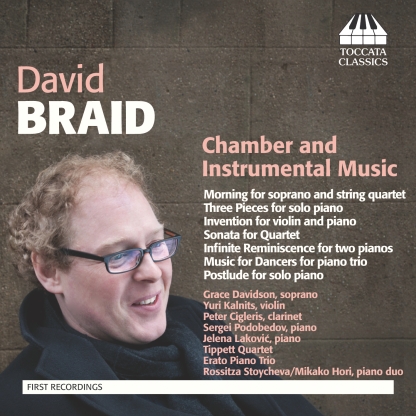 To buy CDs or downloads (wav/flac or Mp3)